With a broad range of influences from Ray Charles, Nirvana and LL Cool J to Tupac and Andre 3000, Brian not only loves one genre, he “dabbles in them all.” His live shows are as diverse as his music with fans of all colors, age and socioeconomic backgrounds flocking to see him perform.
Growing up in the country outside of Knoxville in Oak Ridge, Tennessee, Brian has been musically inclined his entire life. He began singing and rapping by age nine and recorded his first song at 13 years of age. His church pastor recognized his talent early and asked him to lead songs for the choir. His first experience on stage was for his peers after leading youth panels at legislative retreats for all the middle schools in Tennessee. “After being on the panel and speaking, I would then perform an original song in front of crowds of unforgiving peers. At such a young age, it was the most terrifying thing ever. But I was always told I did great and it helped me become the performer I am today!” says, Camo.
“Music was everything to me,” commented Brian who began his musical career as Mac Sosa, a popular rapper who collaborated with various rap stars including Young Buck. “It wasn’t until my son was born that I began to look at life differently and evaluate the message in my music. While my rapping and singing is still on par with the music I was doing before, the beats are different and I'm not cursing and rapping about money, killing each other or degrading women,” Brian explained. “The first album I ever bought was LL Cool J's ‘BAD (Bigger And Deffer).’ I think it's pretty cool how that album had the first "rap ballad" and I feel the same type of power in one of my new songs, "Staring Out My Window," which I just recorded.”
Recently signed to 2475 ATVILLE Entertainment/Average Joes Entertainment, Brian’s new country rap single, “Already Famous,” is already receiving attention. "Already Famous" is the complete opposite of what I used to say and think,” remarked Brian. “It has a positive message. The only difference in my music between then and now is production and content, and I think my fans will dig it.” 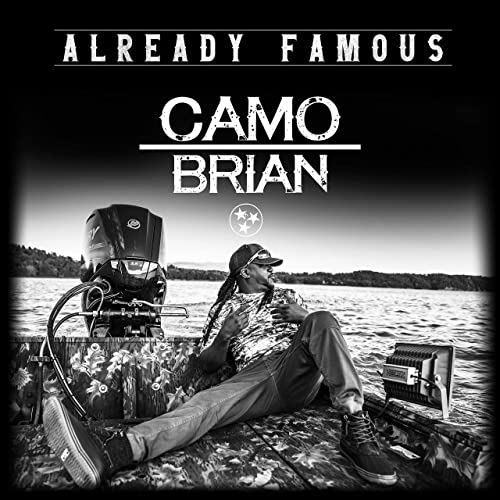