- March 30, 2020
"...Playing with the soul of Ray Charles, the piano with the feel of Jerry Lee Lewis, the energy of Elvis Presley and the rhythm of Chuck Berry..." - Daryl Davis, Band Leader for Chuck Berry 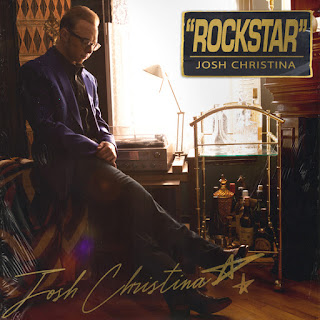 "When he came to the studio for the first time and played my piano, he blew me away. Josh is such an old soul, and the music just pours out of him." - Kent Wells, Producer (Dolly Parton) 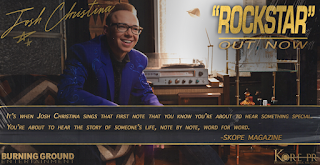 Hailed as a torch carrier for 50s rock 'n' roll, throwback phenomenon Josh Christina's Rockstar bleeds rhythm and blues. With less than a week since the release, Josh Christina has performed the tune live for locals on the Sinclair Broadcast Group flagship station, Fox 45 on their Good Day Baltimore show. He also received high praise from Skope Magazine. "It's when Josh Christina sings that first note that you know you're about to hear something special,"The Skope Magazine article continues to boast Josh Christina's throwback roots and sound, saying, "...it’s more solid piano and blue-eyed soul that makes this song a throwback to the early days of Jerry Lee Lewis mixed in with the Nashville hues of Bonnie Raitt and Ronnie Milsap." A next generation 'piano man', Josh Christina is the reincarnation of rock's boogie-woogie pioneers. This rock 'n' roll revivalist not only tells his story in Rockstar, but the story of the jukebox heroes who came before him. “I wrote 'Rockstar' for all those kids out there who hear or see an artist at a young age and decide right then and there that they want to be a musician," says Christina, "The song tells the story of a musician reflecting on everything that brought him to where he is today. 'Rockstar' definitely tells my story, to an extent, but it's a story that any performer can share.” Teaming up with Nashville-based production duo Skyline Brigade, Josh Christina brought Rockstar to life in the heart of Music City. Rockstar is now available on all platforms with a music video to come in March. Keep up with Josh Christina's 2020 tour dates at www.JoshChristinaMusic.com, and follow @JoshChristina57 on Facebook, Twitter, Instagram and Youtube!